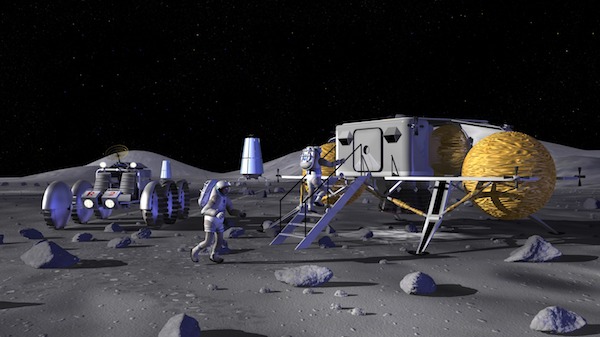 The year is 2025 and you and three other crew members are traveling to the Moon. You land off course. The only way you will survive is by making it to the outpost (80km away) that has already been established on the Moon.

Here are some facts you know: (Source: quoted from NASA activity document, see link below)

In five minutes, pick 5 items from the list provided that you think are the most important to your survival until you either reach the outpost or are rescued by people in the outpost.

Notes: Have the team explain how they picked the five items and why those were chosen? Was the entire team involved in the decision making? How did they resolve conflicts?

This activity is an adaptation of the lesson Survival! Exploration: Then and Now, EG-2006-09-25-LaRC, by NASA. If your team has lots of time, feel free to do the full activity which requires ranking 15 items and comparing your answer with the answers by experts.

Thank you to Catherine Sarisky from FLL Share & Learn for sharing this activity.

« Team Model
Be an Astronaut »