The Power of Persistence

FIRST LEGO League is about the iterative design process when it comes to both your research project as well as your robot. It is okay to fail the first time and even the tenth time. The key is to persist until you achieve your goal.

“An iterative design strategy is based on the cyclic process of developing an initial design or prototype, testing that prototype, analyzing its performance against specific metrics, learning what worked and what did not work, designing a new protoype based on what was learned, and completing the cycle again. The goal is to improve design or prototype quality and functionality.”

Source: Office of Biological and Environmental Research of the U.S. Department of Energy Office of Science.

This can be directly applied to FIRST LEGO League teams who need to design, build, test, and learn every time they try to solve a problem. 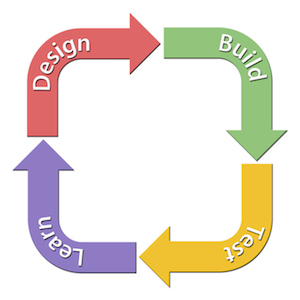 Don’t give up when version one doesn’t work. It’s just version one. You might have two versions or even twenty versions before it is working the way you want. That is the whole point. Try your idea and then keep improving. Sometimes, the idea may not be a good one. It is okay to abandon the design and try again. Sometimes, the idea mostly works and just needs tweaking. Either way, don’t give up!

Collaborate. If you are stuck, share your design and problem with a teammate. Maybe they will be able to come up with the next version or suggest a solution.

Build and then test. If your version does not work, before you take it apart, take some photos and make some notes about it. Keep these in a notebook or binder. There are two reasons for documenting. First, you might decide to go back to your previous version. Yes, it happens. Second, you can share your progress and versions with your judges. They will appreciate that you spent time to improve your design

Judges like to hear how you came up with the design, but also about problems you faced. They would love to see all your versions. Most teams don’t have so many LEGO bricks that they can keep old versions around. Therefore, take photos and keep them in an Engineering Journal or share them on a Robot Design Poster Board.

Even Master Builders have to go through many versions. Look at all the versions of the Water Treatment Model from Hydro Dynamics! Thank you to Master Lee Magpili who designs the FIRST LEGO League Challenge set models for sharing these models at World Festival 2018. 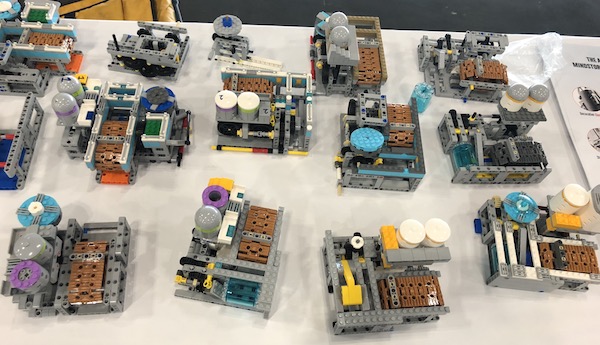 « Learning From Experts
Traveling with Robots »