Getting Started with LEGO Robotics 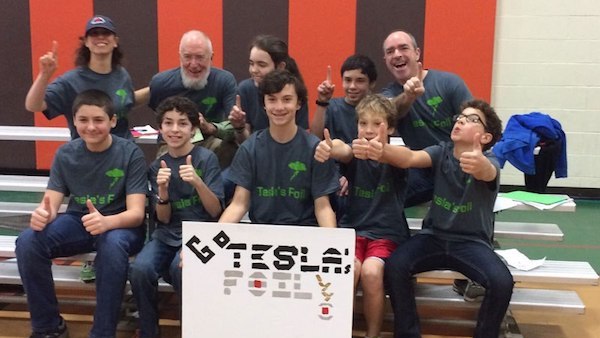 It was one of the most stressful moments I’ve faced as a parent. My heart pounded so hard I could almost hear it through the noise thundering all around us. Sweat beaded on my brow. They were out there all by themselves and I felt helpless in not being able to help them. Had I prepared them well enough? Would they survive the pressure? All I could do was…cheer them on. Don’t worry, they weren’t in harm’s way. I was just coaching their robotics team in our FIRST LEGO League State Championship. My son, NerdBoy, and his teammate were at center court in a local college basketball arena, poised to launch their robot, Rudy1, into robotics history.

The Super Bowl for Nerds

Every year, 250,000 kids from around the world descend upon similar arenas to take part in what robotics enthusiasts might call the Super Bowl for Nerds. Since 1999, First LEGO League, or “FIRST,” has inspired millions of kids to embrace their nerdiness and learn more about applied innovation, imagination, and teamwork

FIRST LEGO League gives Nerds the opportunity to surprise even themselves.

Every week for nearly six months, our team, Tesla’s Foil, met to build and test our robot, develop a project, practice teamwork, and prepare to compete head-to-head with other teams. During the process, we often had setbacks. Another way to put it is…we failed a LOT! But, amazingly, my Nerds never gave in to failure. After a ton of hard work and learning from mistakes, they could see the light at the end of the tunnel.

I bet you’re thinking I’m an engineering nerd able to teach these kids all about robotics and computer programming. Well, you’d be mistaken. I haven’t the first clue about how to do any of this stuff. In fact, after nearly erasing their computer programming a few days before the competition, the team (NerdBoy included) banned me from touching both the computer and the robot.

It’s really about self-discovery for the kids through trial and error.

Building a Team of Nerds

Nope, once again, Clueless Dad had no clue. Being a fan of BattleBots and having seen RoboCop at least a dozen times, I was sure I could help this team. But that’s really not the point. The FIRST LEGO League program isn’t designed for me or any other parent. It’s really about self-discovery for the kids through trial and error. By doing it all themselves, here’s what they get out of it:

First LEGO League is an amazing experience for kids and coaches alike. I got to see my team grow and learn essentially all on their own, and was blown away by how far they’d progressed in just a few months as a team.

I, of course, dutifully held down my role, which was to organize and focus their energy around the challenges. Oh, and also to make snacks. They loved my snacks.