To Rebuild or Not to Rebuild 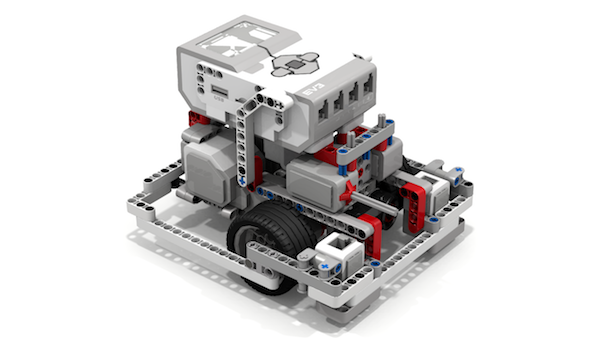 Should you keep your robot from year to year, or should you redesign each year?

New one each year. They might use some of the same concepts or attachments, but they start from scratch on the base. We think it’s valuable from a robot design standpoint, too - that they aren’t just piggybacking last season’s successes.

It all depends. Some years, the mat requires a more compact robot to move around mission models. One year, there was a guide wire you had to go under, so we designed a shorter robot. Last year, we took the robot from the previous year and made minor modifications so that it could go over the railroad tracks. I’ve done this six years, and I think last year was the first time we used a majority of the previous year’s bot.

At the end of a season I have the kids sort the robots back into the box. Next year we start again.

Often we refine our base robot. We look at what was good about last year’s robot and what we found annoying or felt was lacking. We only had a front mount motor these past two years, which makes any motorised attachments hang out front or need a complex gearing system to connect to side and rear mounted contraptions. This year’s will have a second motor up back and possibly a different mounting system, subject to what the kids pick up on from our design discussions.

We learned lessons from last year’s robot and designed a new one. Then compared side by side. We try to retain the strengths of the old one, and improve the weaknesses.

We keep past years for demo and build new for season. I would think that it would depend on who your returning team is–if it’s the same team, then the robot is their creation, if not, I think it’s very important for team members to rebuild and create their own ideas.

This is very important because in judging the team may get a judge who ask where the design came from, which members of the team participated, etc. Another perspective to remember is teams need to give credit, and let’s the judges know they were inspired by previous year’s team, ev3lessons, fllcast, etc. specially when they use the information off the internet. We have access to plethora of design information.

A new robot every year…even different wheels every year. It’s important and fun to explore and test new ideas.

Response by Jean Findley-Williams We have to use the previous season’s robot to create a base robot for our summer camps each year. Last year, we had the team start using Lego Digital Designer to document their robot build and attachments. This adds a great planning element…especially most of the team would tell you that they prefer not to draw. Since many of our team members also want to move on to FTC and FRC, we thought having them start to think their builds out in this way would help them transition. It’s also a great way to look back at different builds (both the successes and not so much) and improve on different components. The team really seems to appreciate the purpose behind this.

Response by Mark Nicolussi Same with different attachments - we are a school group that only meets in the fall - last year we had less than 2 months to prepare for our local competition - it would not be feasible to build from scratch each year.

They analyze the robot post-season, test new from scratch theories over the summer, and build new again when they see the new needs for mission models. They have saved some arms or design features each season, but they tend to be reference instead of reuse.

We tear down every year. There are always a few new kids on my teams, and this makes it theirs from the beginning.

New and improved each year.

Response by Riley Mathiasen I would recommend keeping the elements of the design that you like, while re-designing the parts that you think need improvement. Also, always take pictures of your robot for future reference before you take apart your bot. After all, pictures are free nowadays.