Questions from Amanda Espy Barbulescu: Do any teams use a form to record what’s been done during their meetings, in terms of robot design/building/programming/missions? If so, would you mind sharing it? Do you do it electronically or on paper?

Engineering Journals are not required in FIRST LEGO League, but some for of record keeping can be useful. Take a look at some of the examples and ideas below. Some teams type up their notes and some teams hand write them. Some teams will print them out and place in a binder, while others will use a school notebook. There is no right or wrong way. Do what is best for your team.

Both our teams used both an engineering book (which we simply call diary) to be less intimidating. They are supposed to write anything they did/thought to do. They take pics as well with ipads/phones, choose a few, print them out and attach them to the diary. They also made a video diary of how they designed and built the base robot and the attachments. This served as training before they went to classrooms to present both the missions and their research.

Here are pictures from the BinaryMcBrickBots’ logs. Taking these pictures is the first time I’ve touched them. 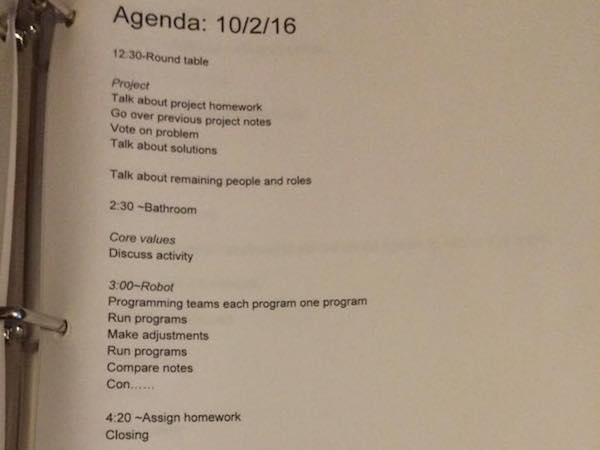 Teams I work with are required to keep written log, in pen, and needs to have date, members present, goals for meeting, and what was achieved. Any notes for next meeting.

I don’t have copy here–they are at school but what we do for technical is lots of drawings, prototyping etc. and pictures to document. Prior to programming, we use photo maps to layout robot paths, which missions to combine and what sensors they would use–this helps with robot build to make sure we put sensors in correct places and sizing of robot for spaces they want to travel. Once robot is built for programming, I have a form that has blocks for each move robot makes–any changes are logged in the blocks……some are simple like charting how many rotations for turns (rookie team) or degrees for gyro turns. This allows team to pick up next meeting and if something isn’t correct–they already know what worked/didn’t work. I feel that documentation is one of the best tools we can teach future engineers–it’s also worth noting that the team has been recognized many times by judges for their extensive documentation–one team even received Judges Award at LEGOLAND California for their engineer notebook.

We encourage teams to keep to some form of documentation (whatever works best for the team). Sometimes, it is a notebook or binder. It can be handwritten or printed. Here is an example of what we give out to teams we mentor. 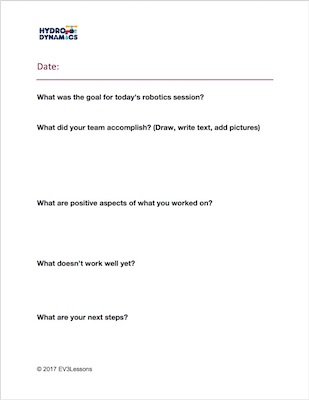 The Bayou Builders from Louisiana provide great examples for an Engineering Notebook on their Facebook page. These ideas are shared here with their permission. 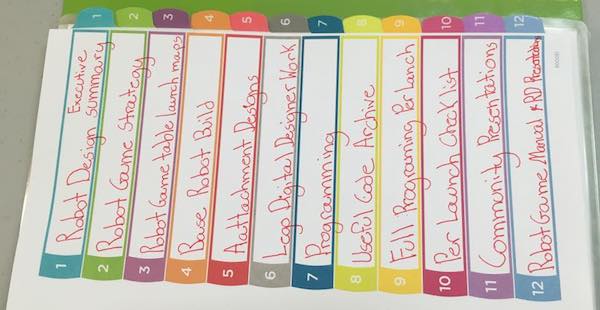 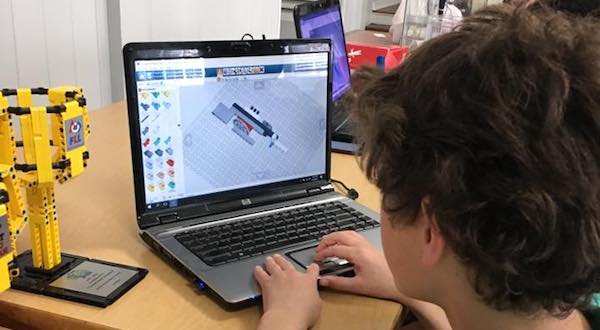 « To Rebuild or Not to Rebuild
Why Chemistry Matters »