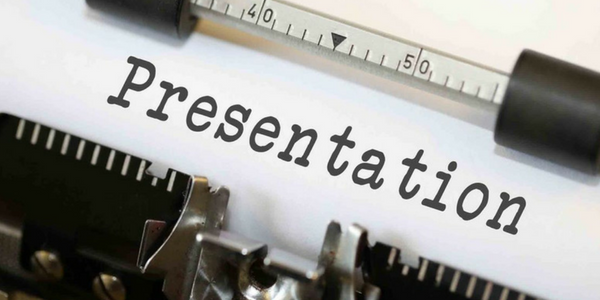 What are some tips for FIRST LEGO League presentations?

Try to memorize script (minimize reading as much as possible) so you can engage your judges (have eye contact).

Make sure your presentation fits in the allotted time.

I film my team, so they can see what it looks like.

Make sure that teammates do not interrupt each other’s words during judging session.

Practice over and over again until every team member gets it, because whatever happens in practice will happen in judging (you can ask the team if the way they just did it, is the way they want it to happen in judging - if not, fix it). Speak slowly and clearly, stand close to the judges (far more engaging and audible than standing in the back of the room), display enthusiasm & passion for whatever you’re talking about. Look at the judges at all times, not at their table or their big soda. ;)

One good practice is to have kids in a line. When they are asked questions, any kid that can answer the question steps forward. If multiple step forward, have a silent signal to each other, or a preselected captain to call on someone. This prevents talking over each other.

Reading the rubrics is probably the easiest, but most missed step. Many rookie teams don’t even see a rubric until they get one back after judging. They should include it with the challenge document and not as a separate file.

Tell the kids not to be nervous. Judges WANT to hear your project. Judges WANT you to succeed. As coaches, I think it’s important to set that tone. Especially with younger kids, the term “judge” can be intimidating. Judges aren’t looking for stuff to mark down, they’re looking to write the good stuff.

Read the rubrics. Score yourselves against the rubric and use that to improve.

Use flip boards (e.g. poster boards…analog tech) rather than PowerPoint.

For a few years we had a team member that tended to just blurt out answers to any and all questions when nervous so the kids came up with the rule that no one was allowed top answer more than 2 questions in a row, especially in core values (the exception was for robot design judging if judges where asking programming question that not everyone could answer). They have kept that rule for themselves in FTC to ensure everyone participates.

STOP MOVING!!!!!! 😂 LOL Our team has an issue with fidgeting and sprawling out on walls and rattling scripts. My co-coach and I put on two separate presentations for them. In the first we acted like they do. We sprawled out all over wAlls and leaned on each other. And walked around while the other person was speaking. We fidgeted. (Got some good laughs). In the second we stood still. Then we quizzed them about the two separate presentations. Haha.

BE INTERESTING. We also put on two different presentations. One involved us reading facts off a paper in a monotone voice. In the second, we performed a skit with jokes pertinent to the material. We asked the team to choose - if they HAD to listen to people talk for 3+ hours, which would they rather listen to? We told them the judges are ppl too and don’t want to sit there and listen to people read facts off a paper for three hours.

And, please, STOP MUMBLING. We tell our team to yell their lines. Literally. And it’s still not loud enough. Haha.

We also video them and let them watch it and ask them what they think the judges would think of their presentation.

We always videotaped the kids presenting. Then we played it back with no sound so they could see all those fidgets and facial expressions. They are amazing at critiquing themselves when they can see it. Then play back with sound. The quiet ones start to realize they need to speak louder.

I talk with the ones who are most likely to respond to questions to try to look for opportunities to invite the least likely to answer a given question. That keeps them focused on making sure the TEAM has a good interaction rather than trying to give “good answers”

« Competition Day Tips
How do you pick Robot Operators? »