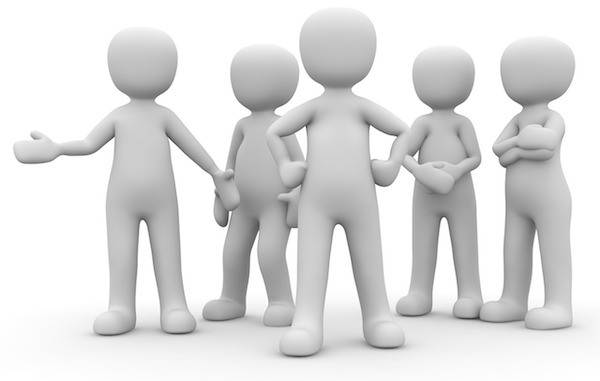 It’s one thing for the students to cooperate and collaborate during a 5 minute teamwork activity during judging, but a whole another thing to get the team working together all season long. What can you do when your team struggles with collaboration and compromise at team meetings?

We assigned a team leader and gave them a task to do (i.e. decide on a project topic). Then we gave them a set amount of time (20 minutes) to do the task and report back to the coaches. The kids divided up the research and reported back. Other methods that worked were voting and the majority vote won. - Leslie Slater Steinmeyer

Think about using more of a process like Critical Friends Protocol: It takes some of the bad things about typical group brainstorming out of the picture and makes it more collaborative. I too coach homeschoolers; I have just started using this, and I like how it helps evens out the different types of personalities. It uses timers, gives individuals voice, requires listening, requires asking questions that aren’t as likely to hurt people’s feelings. - - Linda Frye Stewart

I like the “yes, if…” approach. If one team member gives an idea, no one can respond negatively. If they don’t like the idea of think it will work, they say “yes, that will work if we include…” Or “yes that will work if we can accomplish xyz…” It forces kids to think before they react and forces them to think through ideas. Also, you’ll rarely have 100% agreement, especially on project. Go for the majority.

Also for project assign research for homework. If kids are fighting for their idea, give them an assignment to research it. In my experience, this weeds out a lot. Kids either don’t do the homework, find it’s not feasible/been done or they do the work and find good data. Two out of three of those results eliminates ideas and helps narrow focus. - Joseph Gillen

Identify a Set of Rules

Identify and set rules (to support core values) for the team and post them every meeting. That way if a rule is broken like not respecting another teammates idea, you can point to it and offer an alternative. Plus, identify and post ways which the team can work together or solve problems. For instance, 1. We list all ideas on the board no matter how silly

One Speaker at a Time:

There is a suggestion for this in the coach’s handbook through Schoology. It suggests totem (can’t speak unless holding an item) or other method of taking turns. I go further and violators are removed from discussion until there’s no one left. That in itself is a very powerful tool for them to see they can’t get anything done. Have fun! - Joanne Sterk

Have them in a circle. Two rules: First, you may not interrupt the person presenting and you may not say “that idea is bad” (ie immediate rejection of an idea. Each person can present their idea. Seond, every person in the circle must begin by saying one thing good about that team member’s idea. (Keep track of this on a board). Only after that can they say one thing that “could be improved or thought about more”. The criticism must be constructive. This forces them to not cut each other off and have to think of something good about an idea before a criticism. - Asha Seshan

We also have a homeschooled team ( older elementary and one middle schooler). We often use a “voting system” for a lot of things. Everyone gets a card, we write all of the ideas on a board and give each idea a number. We also may discuss why that idea could be good/not good, as we are writing them down. Then everyone votes for a number on the board (they aren’t allowed to vote for their own so we can call it your “second choice vote”). Once we do that typically it leans us into a direction that everyone is okay with. But….we also have a big mix of ages. Middle school kiddos have so many opinions, (mine is the middle schooler on the team) so I can see how this would get difficult…thought I would mention it though in case u can tailor it to meet your group - Jami Clonts-Newman

One of the best ways to find out who you are on a team is an app by SYPartners “What is Your Superpower”. Have the team including the adults do this together. It really works to see how a team needs everyone to make a team - Stacey Jones

We talk about wearing different hats. When we brainstorm, we have to put away the editing/negative hat. We can provide a new idea or build on another idea, but cannot comment on how one idea is bad.

After that, we put on our selection hat and we positively select things we want to dive further into. We still avoid the editing/negative hat - only positive selections.

After narrowing, we can put on pros/cons hats where we have to identify specific advantages or disadvantages of an idea. We look for ideas that show the most promise while minimizing downsides.

We do this to avoid “anchoring” which is identifying a favorite idea and dying on that hill. If a kid starts anchoring by wearing the wrong hat, we shut it down by saying that is not the hat we are wearing now. We all have a tendency, kids & coaches, to always have on the editing hat. But the editing hat is destructive to creativity in the beginning. Just as the brainstorming hat is destructive to a finalized script. - Ben Holt

They must learn to do things that they did not propose. If they cannot do someone else’s idea, then they must learn to do it. They should learn that often, someone else has the best idea, and they should be doing their best to implement that idea. Also, if the problem is about deciding on what idea to do, always consider using this. Just make sure that an unbiased source is doing the numbers. - Matthew So

I did a brainstorming session with a group of adults at work where we all had 10 minutes in silence to write down as many ideas as we could on the topic, then we paired up to talk about our lists, making maps of similar ideas, to create one list for the pair, and then we had 10 min to use the internet to look deeper into ideas and add to that list. Then we mapped that as bigger groups to find commonalities until we finally did one big map.

As an introvert, I found having quiet time to come up with ideas and a conversation with smaller groups first balanced out the “popularity contest” that can happen in rapid fire vocalized brainstorming where ideas presented by extroverts with strong personalities social power/influence rise to the top, and the ideas of less popular or spectrum kids are downvoted. - Mary Edwards Johnson

« More than a Trophy
Tips from Referees »