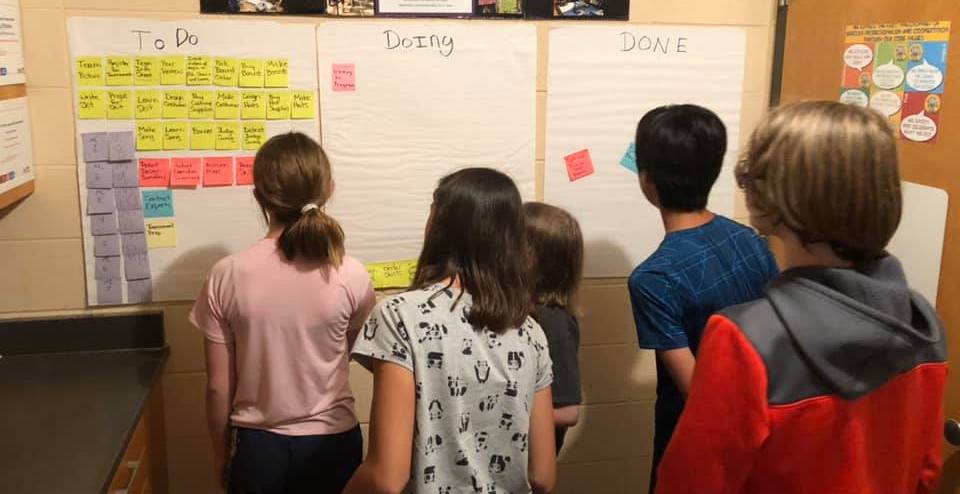 1) Draw 3 columns and label them “To Do, Doing, and Done”. Variations: “To do, Studying, Doing, Testing, Done”, or “To Do, Work in Progress, Complete” or similar

3) As a team, brainstorm all the tasks your team has to get done this season. Write out each task on a post-it.

4) Team members can pick which tasks they are working on and put their initials in the corner of a post it note.

5) As the team completes tasks, move the stickies to the right. Remember to keep the Work in Progress (Doing) section small (3-5 items).

6) At the end of the season, all the stickies should be in the Done section! 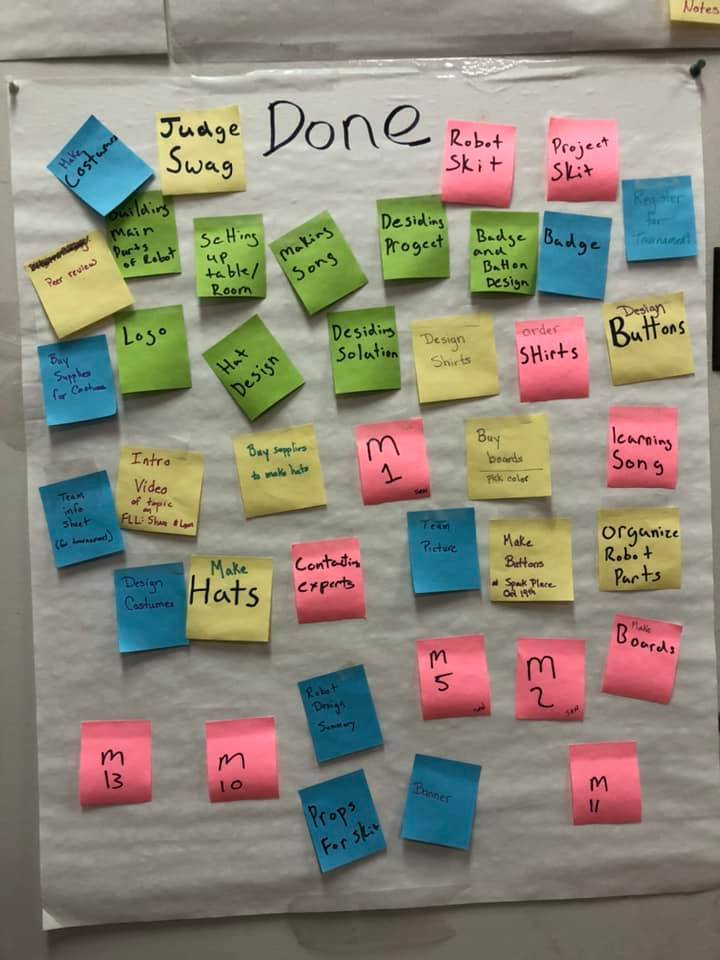 Let the Team Own It

Kim Kimmey’s team from Michigan uses this idea to stay organized. Different colors are used for each part of FIRST LEGO League. The students work in teams of two and are not alllowed more than one robot game mission in progress at a time. They verbally define what “done” means for that particular task. Missions can be prioritized in the order the team wants to complete them. For the project, they had a maximum of three work in progress stickies so that they can work on something while waiting for something else.

Kim’s students have really bought into this system. They have a whole ceremony at the start of practice for moving things into different columns. It is something they can do while eating a snack after school - give updates, decide on what needs to be worked on at the meeting and move stickies….and the best part of all, the coach doesn’t get to move them. The team owns the process and, therefore, it works well. 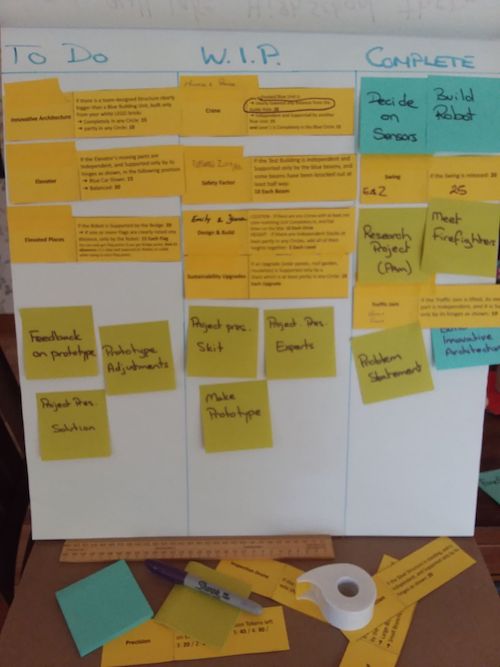 The wall itself can be useful for creating an organizational board. Team Mindbuilders (31636) are a home-based team from San Jose, California. They re-purposed a formal room wall as a “Kanban” board. A Kanban board is the same concept as a To Do-Doing-Done board, but with a more fancy name.

This idea helped the kids on Mindbuilders visualize the work across Robot Design, Project and Core Values. It was eye-opening for them to see how much went into each area. They presented to each other and at the end of the session came to consensus on what their first month would look like. The post-it notes they stuck up reflect that discussion. Because the board was visual, the team was able to go back to it and reflect upon their progress. They even spent two sessions self-evaluating and discussing what went wrong and what went right. 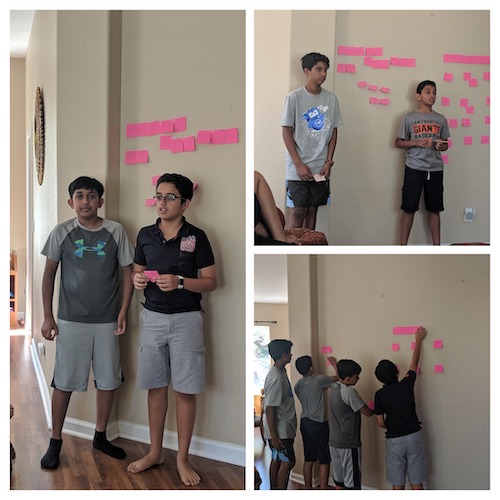 Tools such as Trello offer a wonderful way to keep organized while still being visual. Virtual cards can be color-coded and moved. Deadlines and reminders can be added. They also let you store extra information in each card (links, details). The big advantage is that everyone on the team has access to the board from anywhere. 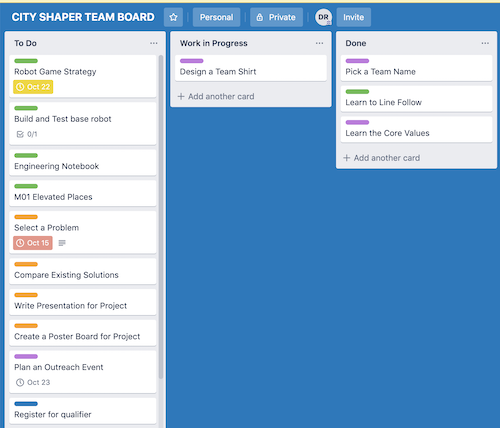 3M is a FIRST Sponsor. Here is a useful and related article written by FIRST for 3M/Post-it.