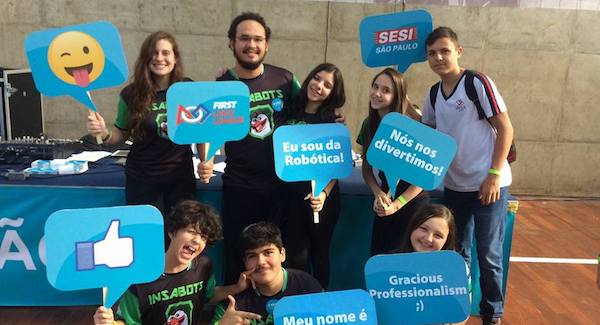 Building a team’s identity is not an easy task. It takes time and depends a lot on the characteristics of team members themselves. Providing an environment and lots of time for interaction among the children is a big step in enabling the team to develop its identity. I explain how team identity can evolve using our team’s logo as an example.’

The role of the coach is to provide time for the team to interact and develop that identity itself, and to be around when the students need guidance!

Why evolve? Is it always necessary to evolve the logo? Does the team identity boil down to a drawing? No! But we found a way to externalize what we do and how we feel. The daily life of students in practice and the moments we spend together are paramount to the development of their identity and not just “what the coach told us to do”. The role of the coach is to provide time for the team to interact and develop that identity itself, and to be around when the students need guidance!

When I started in FIRST LEGO League, in 2013, I noticed that most members of Brazilian teams are made up of older children, with few younger members. As a coach, it seems to me that it’s easy to work with the “older” students than with younger ones, because they already have some experience, are independent, etc.

The first team that I coached only had boys who were 14-15 years old. It was a year of significant learning and also good results, but the team, because it was new and with very similar members, did not have a well-defined identity. This can be seen in the team logo. The logo consisted of the team name (INSABOTS - INSA is the name of the school that we represent and BOTS refers to “Robots”) with a volcano (because of that season’s theme), along with exploding pieces of LEGO. My first team produced this logo in less than 2 months. They didn’t do so bad in competition. The team did a good job overall and managed to qualify for the national tournament, in their first season!

But there was something missing. Balance! Balance in terms of both age and gender. Let me explain. I have learned over time that we achieve really cool things when we mix ages and, consequently, different ideas.

The addition of girls on the team was a very big step, and this mix brought numerous learning experiences for everyone. The younger children have super cool ideas and think “outside of the box” the girls bring a different view, greater integration, organization and attention to detail for the material produced by the team. Thus, in the second season, the team’s progress increased. In our next season, we made a new logo. Each item had a meaning for the members of the team: the colors, the font, the numbers were all decided together, during defining moments.

In the Trash Trek season, the logo and the team transformed again. This time, it was because of a movie. We were watching the “Penguins of Madagascar” together. Then, we discussed some scenes of the film that we could apply in our lives, what values were present in the situations that the movie characters lived, and what we learned from it! The current team logo reflects the answers and has much more meaning for the team.

In the current team logo, the INSABOTS name was kept, bringing back the original identity, as well as the characteristics incorporated in the second season. However, other elements were introduced: the shield and Rico, the penguin from the film. The shield represents the team and Rico represents the joy that we should have which is the trademark of his character. In addition, in nature, penguins are very close each other, a characteristic that students recognize in themselves; that’s why it was adopted as mascot of the team. We also added the following team motto: “INSABOTS, We’re like a Penguin’s family!” 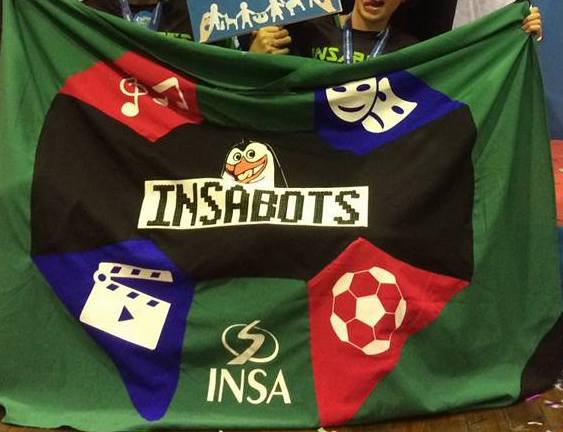 Ensuring there’s a daily or weekly time for debates, conversations, and brainstorming is very important for the establishment of the team identity and also for practicing of the Core Values. During these times, students can relax, talk to each other and get to know each other better! (We have children of different ages and school grades, remember?)

Encourage them to be together outside of robotics. They can attend each other’s birthdays parties, practice a sport at school, go to the movies, etc. These are great and natural opportunities for creating affinity and identity!

To conclude, the identity of the team is not limited to a logo and does not happen overnight. It takes time. They need patience, hard work and encouragement, as they strive to find solutions with the help of their coaches and mentors. They know that we don’t have all the answers, but we learn TOGETHER! =)

During the Trash Trek season, we represented Brazil in the APOC-Asia Pacific Open Championship in Sydney, Australia, in July 2016, where we won the award “The positives.” In the midst of our celebration, you also see our flag … which was created by the students themselves, representing the individual and collective features of the team. 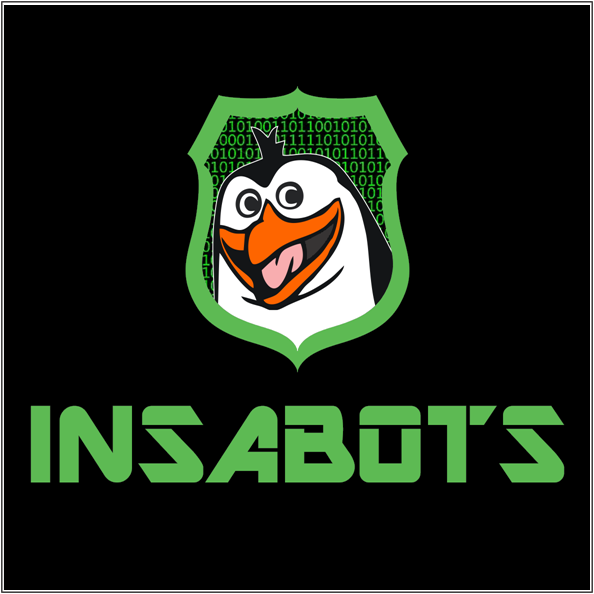